Each Execution context consists of Variable Object, Scope chain and this value. 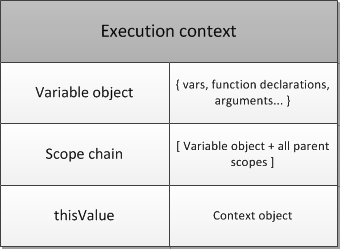 Variable Object is a global object for global execution context. It consists of function declarations and variables which are declared in global context.

For functions Variable Object is called Activation Object and consists of function declarations and variables declared inside a function, and it also contains all function arguments and arguments map, like this: 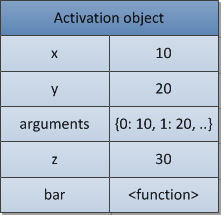 Copyright © 2015 Your Company. All Rights Reserved.

Powered by WordPress. Theme by Arinio